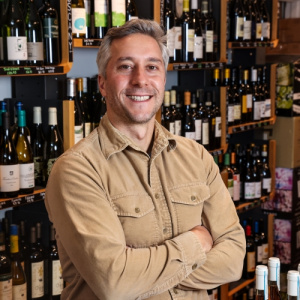 In August 2010, just about a month before our first Eataly in North America opened, Dan joined the team as a Beverage Director. He came to us with extensive wine experience, having worked for an importer as well as a Sommelier in esteemed NYC restaurants. Dan’s first role at Eataly was to build Eataly Flatiron’s beverage program across retail and restaurants. During this time, he earned many accolades for his exemplary work including a place on Zagat’s Inaugural 30 under 30 Food and Wine Professionals List and Forbes’ 30 under 30 Food and Wine List.

In 2012, Dan transitioned to the role of Store Director, overseeing all operations at Eataly Flatiron. Remaining in the Store Director role for four years, Dan learned the ins and outs of running our complex business and grew tremendously as a leader.

As Eataly expanded and started opening new locations, Dan approached our CEO with an idea to build a Beverage Program across North America. Since 2017, Dan’s idea has become a reality! Today he leads a team of about 15 people across our Corporate Headquarters and store locations to deliver the ultimate beverage experience in our restaurants, retail markets, coffee bars, as well as online.

How did you get started working with wine?
“I studied abroad in Florence and went to a winery where they made Chianti Classico. It was my first time seeing the barrels and smelling fermenting wine. It was then that I realized there’s so much to wine – that it’s such an interesting confluence of art, farming, and industry. Wine comes together as a polished item, a sophisticated category. But once it’s on the table and there are food and people, wine is just one of the conduits to an experience. That’s what I was drawn to. And I was like – This is it. I was very excited. I read all the books that I could, took a course with the American Sommelier Association, and worked to be active in the industry in any way possible.”

A Beverage Manager at Eataly has a long average tenure (5+ years and counting). What do you think makes the position so special?
“You get to taste a lot of wine. You get access to some of the highest-end wines. It’s a great education. There are not many jobs where you get to buy this much product and have this much flexibility. You get to build your own credibility. Plus, we have a structure to lift people up and help them grow.”

What have you personally learned during your time at Eataly?
“Oh – there are so many things. About operations. About food. About business. I think one thing that is really great and unique about Eataly is that we don’t hide from our mistakes. We acknowledge them and sometimes even champion them. It’s a great way to learn. It’s a great way to grow into the person that you want to become.”

What’s your favorite memory at Eataly?
“My favorite memory is opening day at Eataly Flatiron – August 31, 2010. I wore a suit for some strange reason. I remember distinctly that we were opening at 3 PM. It was 2:50 PM, and there was a pallet of about 50 Moretti beer cases right in the middle of the store. It still needed to be put away. So, Oscar Farinetti (Eataly’s founder) just started putting beer cases on his shoulder, walking them to the shelves, and stocking them. Just like he’d done it a million times. To see such a visionary person with such an emphatic presence getting that physical and taking care of a job that mundane, I will never forget it. It just set the tone. The company culture was set from the top, and the culture has never changed.”

And how can we not ask you – what’s your favorite wine?
“I think that I have tasted over 56,000 wines over the past 17 years. My favorite wine is whatever wine is in the glass!” 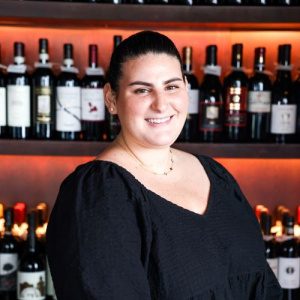 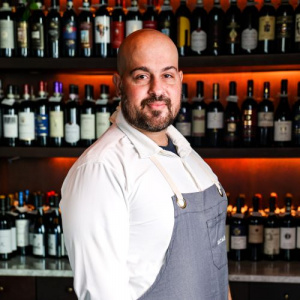 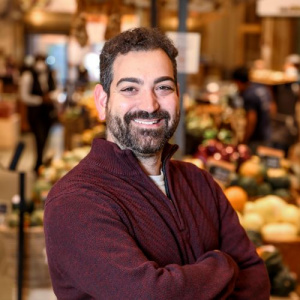