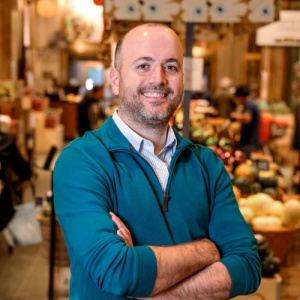 Kevin was born and raised in Brooklyn, NY. To earn spending money as a teenager, he began working as a Busser at a small restaurant in his neighborhood. He continued to work there on nights and weekends while studying and then while working in Finance. Through this experience, Kevin fell in love with the hustle and bustle of the world of restaurants.

In 2011, Kevin left his job in Finance to join Eataly Flatiron as a Restaurant Floor Manager. He dove into the role with enthusiasm, taking every chance he could to learn about regional Italian cuisine, wine, and Eataly’s operations. The effort he put in early on paid off as his exciting career took off rapidly, beginning with a promotion to Restaurant Assistant General Manager.

In 2013, Kevin was selected to move to Chicago to open our second location in the USA as the General Manager of Restaurants. When it was time to open Eataly Boston in 2016, Kevin was promoted to Store Director there. In 2018, he moved back to NYC and led the team at Eataly Downtown as Store Director. Then, in 2020, he was offered our first Area Director role overseeing operations at three Eataly locations – Downtown, Boston, and Chicago. In 2022, Kevin transitioned to a newly created position on our Corporate Design & Construction Team, directing store renovations and capital projects.

How did your interest in food begin?
“I was actually a really, really picky eater when I was a kid. I was such a pain in the neck to my mom because anything she made, I needed something plain. I needed something different. I did not have a well-rounded or developed palette early on.

When I came to Eataly, I was overwhelmed. At the time, my understanding of Italian food was spaghetti and meatballs and chicken parm. That’s how I grew up. That’s how all my friends grew up. So it was a crash course of learning about wine and regional Italian food. Balancing my time managing the floor, I went to the wine classes Eataly offered. I asked questions, and the chefs were always willing to talk. I took time on my days off to learn. It took about a year to really click. And then, honestly, I just ended up enjoying it so much. It wasn’t a chore to learn, study, and immerse myself in all the products. It was like an added perk.”

Why did you join Eataly?
“I came in for lunch at Flatiron’s rooftop and was just blown away. So many people. So much action. So many languages. The food coming out was all amazing. I wanted to work here.

Upon starting, I realized the company was going to explode. I just knew that people could grow very fast here. When I took this job, I took a pay cut. I took a step back to start at the bottom knowing there was opportunity to grow.”

Why did you choose to work in the hospitality industry?
“I always have liked the hustle and bustle of a very busy place. In this industry, you learn how to think on the fly. You learn to deal with customers. You learn to manage a dining room. The front of house interacts with the back of house. They work together. At the moment when the food needs to come out hot, everything needs to come together. I’ve always found all this pretty fascinating, whether it was in a cash-only roast beef joint or a 40,000 square foot retail restaurant Italian Mecca of food. You know, it’s all the same, just different scale.”

As Senior Director – Operations Development, what is your current role?
“My team decides what kinds of capital investments we want to make in existing stores for upgrades and projects that will bring new business. We determine the budget and who will manage projects locally together with me. I work with the development team, general contractors, architects, millworkers, basically everyone needed for a renovation. I make sure everybody understands the scope, timeline, and budget implications for any decisions or delays. I keep everybody on track.”

What makes Eataly different than other restaurants or marketplaces?
“Quality and volume are something we do better than anybody else. Think about the number of pasta dishes we do on a daily basis and to have them be so good. You know, you can’t get that anywhere. You get the quality at a local restaurant in Italy serving 100 people a night. You don’t get it in a place serving 3000 people a day. But we’re able to do it.” 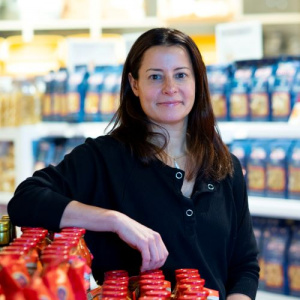 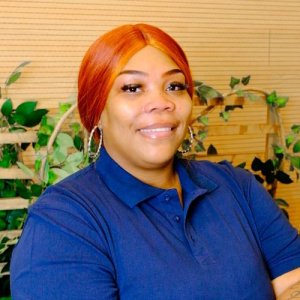